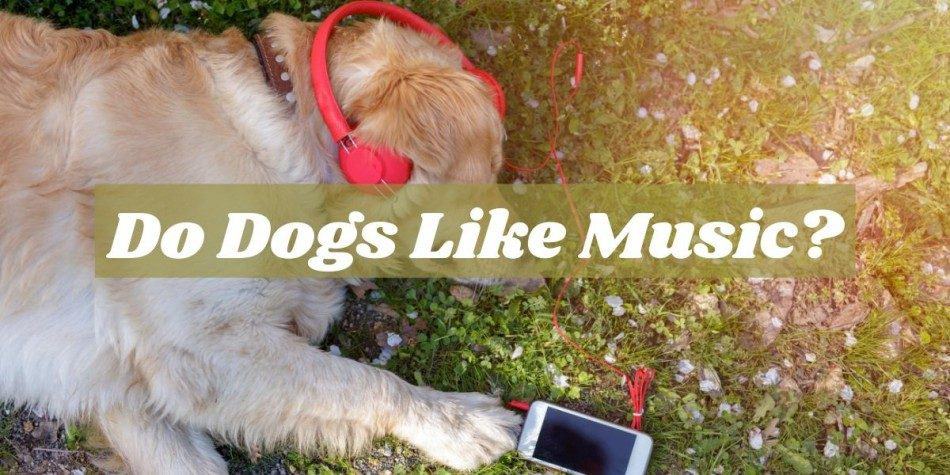 Well do you know? Do Dogs Like Music? I had my own theories, but decided to investigate and find the answer.

Dogs are very social creatures, and they have a pack mentality. This means that dogs prefer for the entire family – pets and people alike – to always be together. This is simply not realistic, however. You will have to go out the door at some point, whether for work, the grocery store, to visit friends or family, etc.

Your dog cannot follow you everywhere, either. They will have to learn some independence, so they can handle being alone once in a while. When it comes to soothing separation anxiety, there are certain types of music that have been found to be helpful.

You can even use music to offer your dog a bit of comfort during fireworks, construction, storms, and the like. Some dogs like to listen to music just for fun. So, what sort of music are dogs known to enjoy?

In 2002, a study called ‘The Influence of Auditory Stimulation on the Behavior of Dogs Housed in a Rescue Shelter’, was published by Animal Welfare. As the name implies, this study took place in an animal shelter. While the shelter dogs were indifferent to some genres, there are others they seemed to prefer.

In the 2002 study, the shelter dogs did not seem to take notice of pop music, and they were mostly neutral to radio shows (human conversation) as well. This is probably because these are background sounds that they are used to – it doesn’t really register.

There is also a great difference between how humans hear and how dogs hear.

Dogs have a far vaster hearing range than we do, you see. Perhaps you have observed dogs reacting to whistles and other high-pitched sounds that we ourselves cannot hear. Some speculate that, though dogs can perceive more, they may have a hard time differentiating between notes that are close together. It’s possible that pop music (since it is less dynamic than, say, classical) offers less for them to hear overall.

When the animal shelter’s speakers played soft rock, the dogs were said to show a response that was noticeably slightly positive. They seemed to be a bit more relaxed and cheerful.

The dogs reacted the same way to reggae as to soft rock: positively, in general. A similar behavioural study was published by the University of Glasgow and the Scottish SPCA. This took place at the Dumbarton rehoming centre.

They were played reggae, as well as pop, Motown, soft rock, and classical. While listening to each of these genres, the dogs were seen to lay down more. This suggests that music helps them relax.

Out of the five genres, the dogs seemed to once more favour reggae and soft rock.

When listening to heavy metal, the shelter dogs would become more energetic, and some became agitated or aggressive. They were also more inclined to bark.

So, even though some dogs may enjoy heavy metal, you’ll probably want to leave it out of your calming music mix.

The same shelter dogs were notably quieter and calmer while listening to classical music. Many dogs laid down and seemed to relax. One of the classical songs played for them was “Beethoven’s Ode To Joy.” Perhaps your anxious dog or puppy would find classical music to be soothing and entertaining as well.

You may find your dog a good audience if you are a piano player. This is a more soft-toned instrument, that tends to be loved by animals in general.

In recent times, more and more dog music has been popping up online. This includes music specially written and composed for dogs, and playlists of pre-existing songs that dogs are said to love. This means there is a lot for your dog to sample.

There are sleep playlists, playtime playlists, and even playlists that contain sounds that only your dog should be able to hear – pretty cool.

Observe your pet and see if they show a greater preference for one song, genre, or playlist than another. If you have multiple dogs, they may have differing preferences (especially if they vary in temperament or size).

Whether your dog likes music – and the kind they like – depends largely on the individual, as well. Some dogs are a bit more anxious and might need soothing music above all. These dogs might prefer some gentle classical music. Or, perhaps the easy-going, mellow tones of reggae will do the trick.

Maybe your dog doesn’t have anxiety, and you’d like to give them a chance to listen to music just for fun. These dogs may also enjoy some classic rock. Chances are, there are even some dogs that like metal. No matter the genre, always play music quietly around your dog.

Let them sample a few styles of music, and by observing them, you may be able to learn what they favour (if anything. Sometimes, dogs are simply neutral, and this is not in any way abnormal!).

Dogs May Be Singing When They Howl

Dogs also like to sing, believe it or not – it just might not sound so melodic to your ear! It’s speculated that dogs are indeed sometimes trying to create some kind of melodic sound, or “music”, as they howl. This, with exceptions; at times, they are merely feeling lonely, and may actually be hoping for an answering howl.

There are certain instruments that some dogs will even try to “sing” along to, most notably wind instruments, like the flute, or oboe. Long notes played on string instruments like the violin or drawn-out vocal notes can also inspire dogs to howl.

Those with “musical” dogs tend to find the behaviour to be endearing, not to mention rather funny. Who has the heart to tell them they’re off-tune, after all?

Actually, dogs appear to sing off-tune intentionally. This is often seen in wolves, who seem to each be trying to sing their own, individual note. Most likely, this is so each wolf can be properly heard, and so they can create a harmony (albeit a discordant one).

In the same manner, dogs will not “sing” the very same notes that you play, but instead, find a similar-but-different note to howl.

You may not always want your dog in the room if you’re trying to practice, but in your free time, you could always occasionally allow them to join in. This is sure to make them happy if they’re an enthusiastic ‘singer.’

With those big ol’ ears, it’s not so surprising that dogs have sensitive hearing. No matter the music you play, make sure not to blast it around your pet. Even though they probably won’t complain, even moderately-loud music will still cause them discomfort, not to mention permanent ear damage.

Along with this, quieter music is more conducive to helping dogs feel calmer.

Live Science suggests that humans and dogs alike seem to have an affinity for music within their own vocal range. To our ear, this is supposedly what sounds the most familiar. As a result, big dogs are suggested to prefer the singing of grown males, or low female voices, which sound (to them) similar.

As you can imagine, this can vary depending on the size of the dog. Small dogs, for example, may prefer notes that are both higher and lighter. This also has something to do with their size insofar as how they hear (sound may be received a bit differently by different-sized/shaped ears/skull density, etc.).

Brad Waggoner from Cold Nose College, Murphy, Nothern California, says that in order for music to calm your dog properly, they will first need to form a positive association. If you play music only while you are away, or during a thunderstorm, they will have a negative association. They will wait until it’s over.

Create a positive association instead, and music can be a powerful comfort, however. How can this be done? It’s simple! First, introduce music during times when your dog is particularly happy or relaxed. Mealtime makes an excellent choice, for example.

Dogs will learn to associate the music in the background with the security of a full belly. Or, play some fun tunes (perhaps reggae?) during playtime, and the same music will help them feel happier later on (ideally including when you are away).

As you can see, dogs do tend to like music, though their preferred genre does vary, and some may be bigger fans than others (some will find it more or less calming, for instance). By the looks of it, you can’t go wrong with reggae or classical – and some dogs even have a taste for soft rock.

Music can help your dog cope with separation anxiety, or simply add some spice to their day (similar to how and why we listen). Learn their canine music taste, and you’ll find you’ve discovered a new, invaluable doggy entertainment and calming tool.

Related Posts: How Do I Leave My Dog Home Alone? | How to Recognise and Calm Separation Anxiety in Dogs

All products in this article can be found on amazon, any links which are clicked and subsequently purchased may provide us (bowwowtech.co.uk) with a small commission. Any commissions earned are reinvested to enable us to produce more articles and provide educational material to visitors to our site.